I am a firm believer in the old adage, “Mind, body, spirit,” which takes it that our wellness is made up not only of our physical health but our mental and spiritual health as well. Through my passions for Education and Linguistics, Athletics and Mindfulness, I see each of these three aspects of nature well nourished. While I’m also a typical guy who loves travel, movies and music and going out to eat with my wife, I’m truly obsessed with teaching and learning, languages, fitness and philosophy. 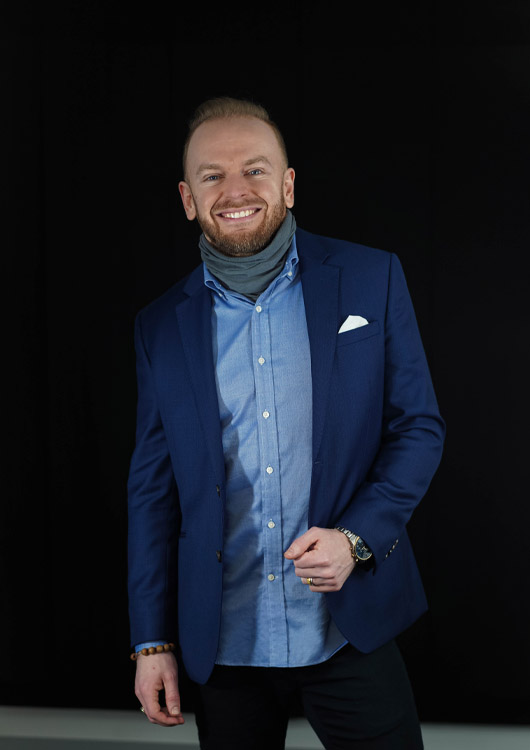 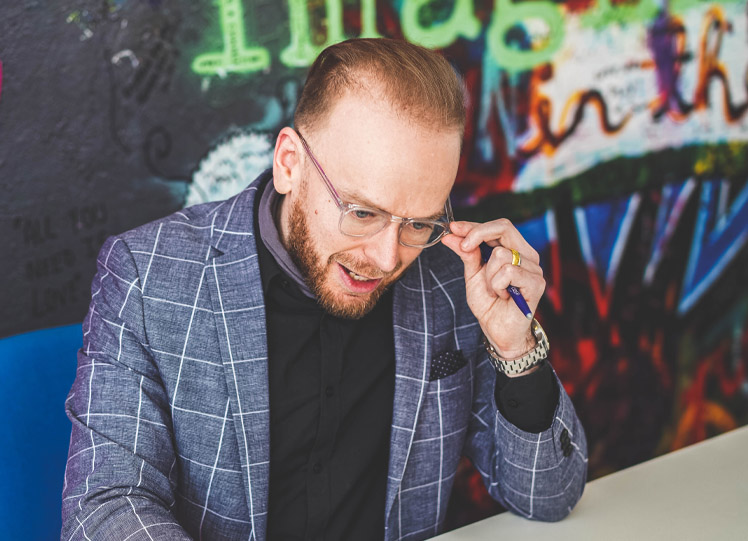 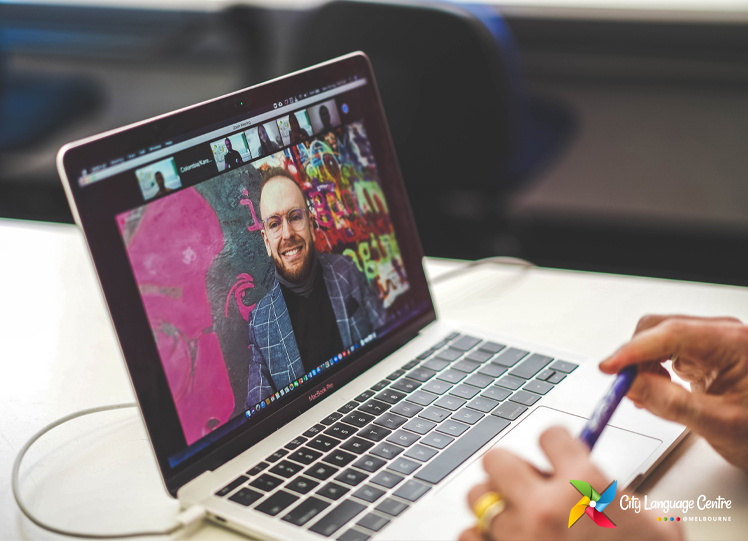 The science of language

My first bachelor’s degree at university was majoring in Psychology. I have always been a real people-person, fascinated with what makes people tick and how I might be able to help them. I soon realised, though, that many conditions are treatable but incurable and that I would spend all my days and nights worrying about my patients. In my second year, I decided to change major to my second fascination, Philosophy. I have always enjoyed exploring the great, unanswered questions of the universe, like, “What is truth?” “How do we distinguish right from wrong?” “What is time?” “How ought people to live?” and so on. After studying that for another year, though, I came to realise two things; firstly, that I would never find a job being a philosopher and that, secondly, I wanted to be out there in the real world actually living by the philosophies I had formed for myself rather than simply studying about those of other people.

I have always had a love of Eastern cultures and have had a particular interest in Japan ever since I saw my first anime as a kid. I decided to defer my studies and just move to Tokyo, although I had never been there before. In fact, I had never left the country before. I knew that teaching English was a good way to work in Asia for Australians so I quickly completed a Certificate of Teaching English as a Secondary or Other Language (TESOL) while I saved up just enough money to relocate and then moved to Japan and never looked back.

As soon as I began teaching English, I realised that this is what I was born for. Linguistics, the study or science of all languages, is the perfect marriage between Psychology and Philosophy. To me, Psychology is the study of how people think and Philosophy is the study of what people think. Linguistics is the study of the systems and networks of languages that encode both what and how people think. Through languages, we can understand so much about the people who use them as well as their beliefs, cultures and so much more. As soon as my Japanese visa expired two years later, I returned to Australia and began a whole new degree, a Bachelor of Linguistics. I have been teaching English ever since.

If you can’t explain it simply, you don’t understand it well enough – Albert Einstein

Education is in my blood. My aunt is an Inclusive Education expert, my brother is a high school Drama teacher and my father was a driving instructor for more than twenty years. My dad didn’t just teach me how to drive, though. From a very young age, he taught me how to teach. By giving his pupils a deeper understanding of the mechanisms that connect the pedals and gearbox to the wheels and the engine, we gained an insight that just made everything clear. This helped to lay the foundation of what would become my approach to teaching.

I now aim to always ensure that my students don’t just know what to do and how to do it but understand why they need to do things in a certain way. At the same time, in the famous words of Albert Einstein, “If you can’t explain something simply, you don’t understand it well enough.” I believe that, like a Mumma-bird, teachers need to chew up boring or difficult learning material and present it to students in a digestible way that makes it fun, engaging, simple and easy to understand. I finished a Cambridge University Certificate of English Language Teaching to Adults in the top 15% of all graduates, worldwide, and graduated First in Class from a Master of TESOL. Since I discovered my passion for education in 2008, I have dedicated my life to teaching and helping my students achieve their dreams. 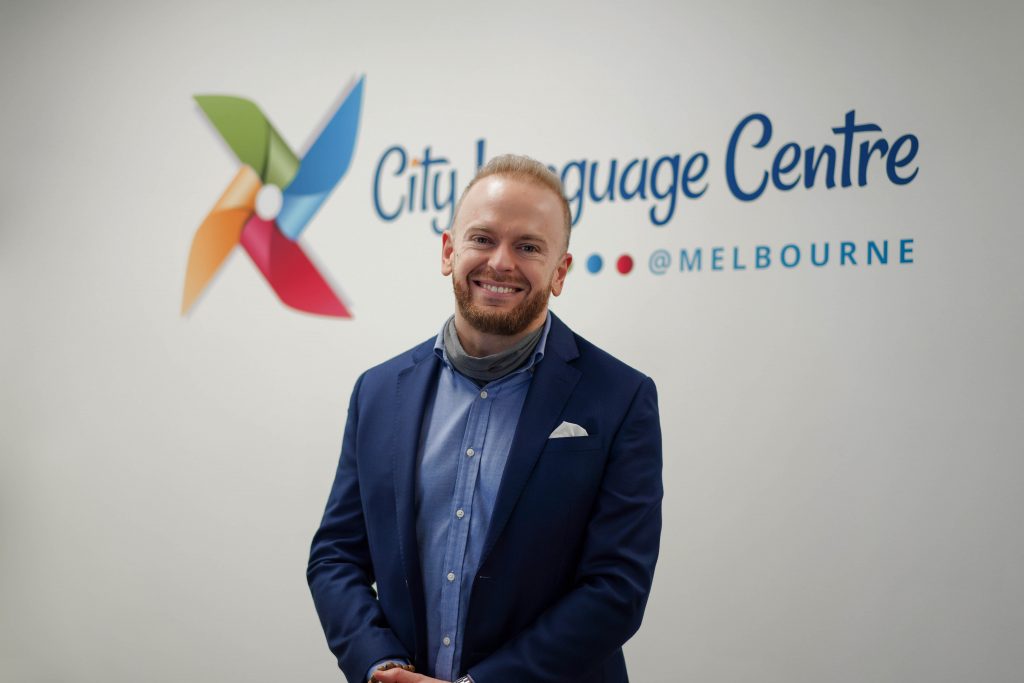 I wholeheartedly believe that, in addition to approaches to teaching, we must also consider what sort of learning environments to establish in order to maintain the most supportive and constructive contexts for success. The teacher in the English language classroom should not be an example of the sage on the stage, as has been a historically common teacher-student dynamic, but should be a case of the guide on the side. Indeed, teachers should create opportunities for authentic collaboration and interaction and real, meaning-making communicative acts between learners. The teacher acts in a supporting role that maximises students’ practice and output.

In fact, the language classroom should represent a two-way street where learners learn from each other, as well as from the teacher, and where the teacher also learns from students. At CLC, we support intercultural language learning, which means that all languages and cultural backgrounds are welcomed, acknowledged, respected and learned from. We encourage learners to express themselves and their own identities and to bring their own resource pools of knowledge and beliefs into the classroom to share with others in a cosmopolitan, transcultural environment in which we all learn, grow and develop, not just our language skills, but also our intercultural competence in an ever-more globalised world. 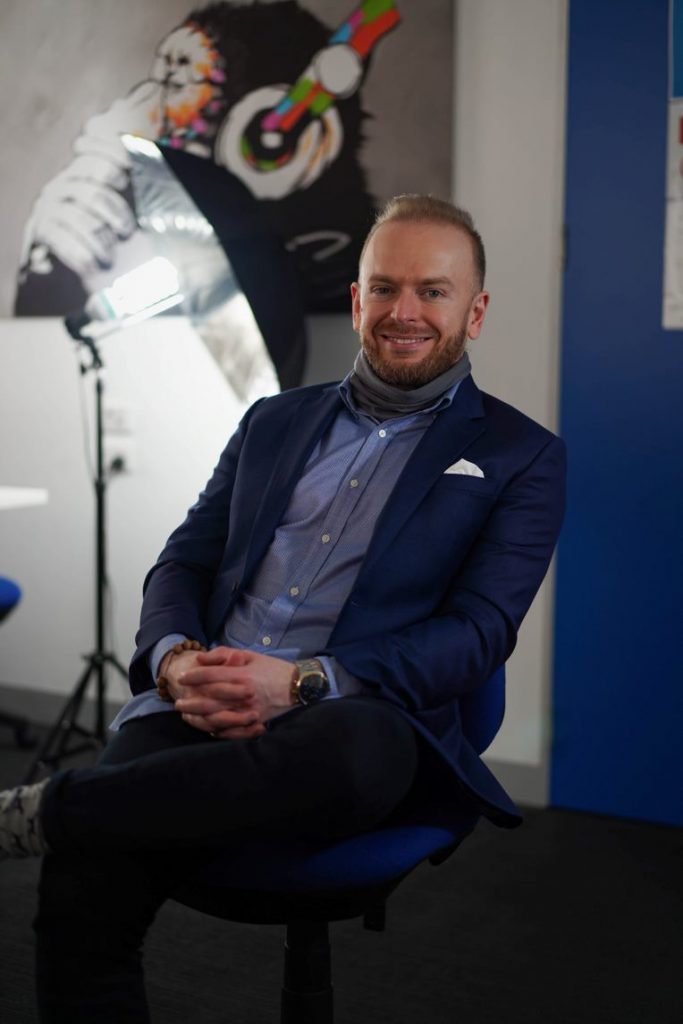 I have taught overseas and in Australia and have specialised in General English, English for Academic Purposes, University Bridging and IELTS Preparation. I have also designed and taught courses specialising in Pronunciation and have been training other teachers since 2016.

While every teacher is different and we all have our own unique style and method, there are some approaches that have been found to result in the best student satisfaction and successful language acquisition. It’s all about The Four Ps. That is Passion, Pedagogy, Preparation and Personalisation. Energy is contagious and, if the teacher does not want to be there, the students won’t either. Whereas, if the teacher is excited and genuinely interested in the lesson contents, learners will mirror their enthusiasm. It is also important that teachers have a robust appreciation and understanding for current best practices in language teaching and make sure to leverage a range of strategies that most effectively engage learners and help to support the achievement in lesson objectives.

I encourage teachers to always make sure to use gamification, task-based language teaching and more in order to keep students interacting and provide lots of fun opportunities for practice, feedback and correction and continuous improvement.

I expect teachers to always be highly prepared for every lesson so that there is always something relevant and useful to do in class. However, on the other hand, each and every student is different. All people have different strengths and weaknesses, goals and interests and preferred learning styles.

I support all teachers with strategies and methods that allow them to sensitively and flexibly respond and adapt to the ongoing, emerging needs of their learners at any given time.

Success is never owned. It is rented and the rent is due every day

Numerous successful celebrities have pointed out how the gym and fitness training is just a microcosm of life. From Dwayne ‘The Rock’ Johnson to The Terminator himself, Arnold Schwarzenegger, it has been said again and again that the discipline and determination that is needed in the gym to stay focused, not give up and get those great results is the same drive that should be applied to all ambitions in our lives. In fact, people often give up in their minds well ahead of what their bodies are capable of and physical training strengthens our will-power just as much as our muscles. By weight training five or six mornings a week, I start my days strong, establish my focus and ride those feel-good hormones throughout the rest of the day.

I also particularly love watching athletics that revolves around people achieving amazing individual accomplishments. It inspires and motivates me. I love watching The Olympics, especially the diving and gymnastics and, in winter, the downhill freestyle skiing. I am also really into martial arts and practice Brazilian Jiu-Jitsu. Although I am still a white belt, I have already learned so much that I can apply to the rest of my life. In addition to the confidence that comes from this type of training, I now embody the mantra, “You either win or you learn.” It has also been said, “Cry in the dojo, laugh on the battlefield.” This, too, is as true in life as it is in martial arts. Challenging and arduous preparation makes implementation a breeze. By training the body, we must train our hearts and minds. Discipline is contagious and what strength of will we develop in one area may enrich the rest of our lives. 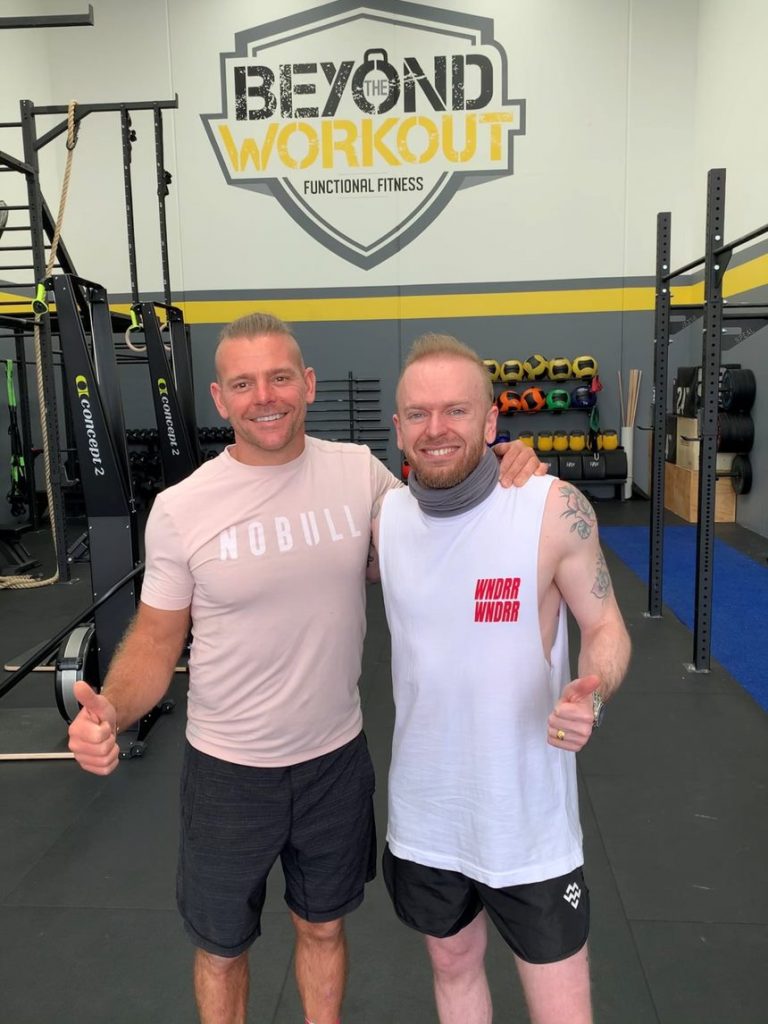 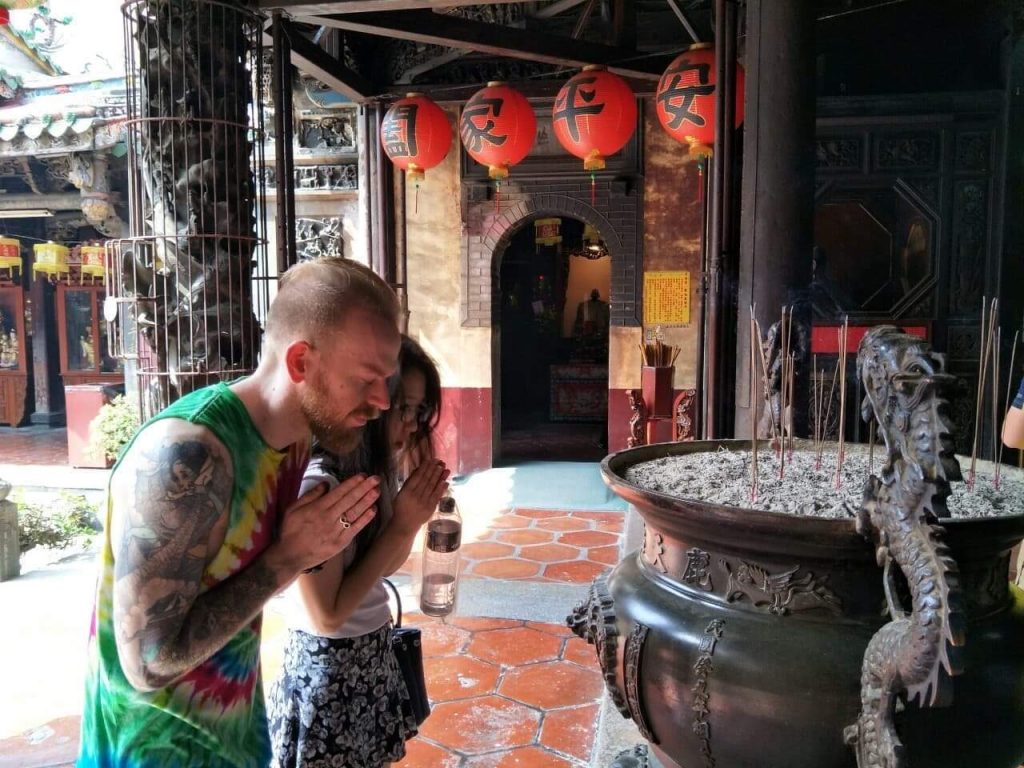 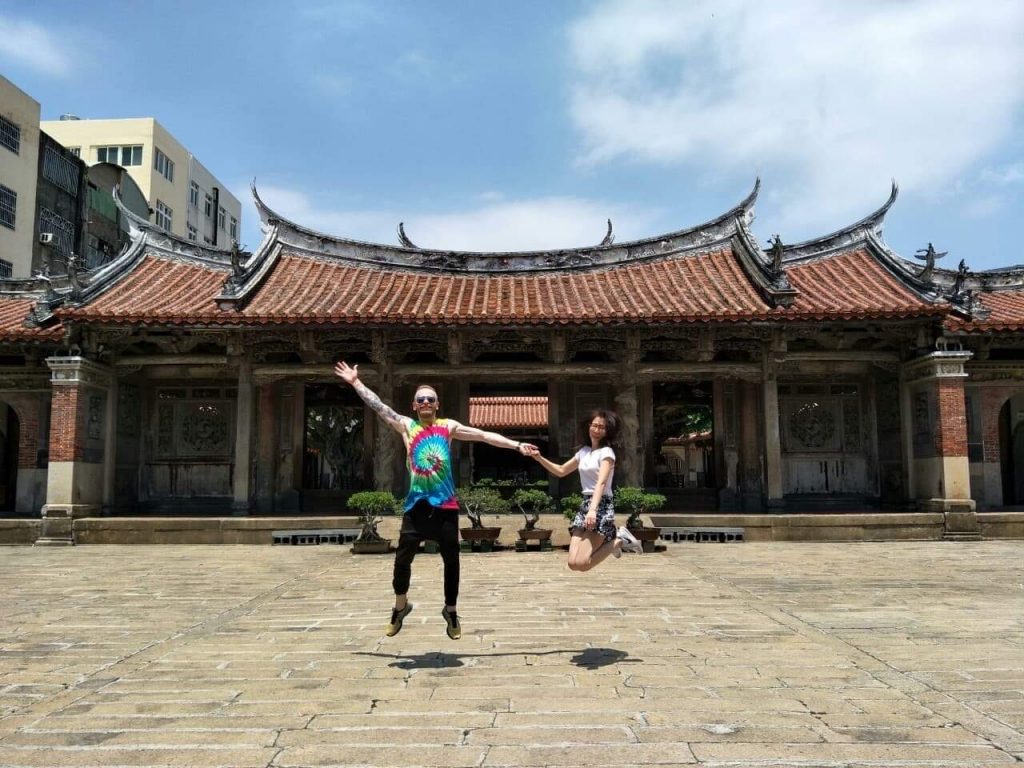 While academic study, teaching and learning can stimulate our minds and athletics can strengthen our bodies, our heart and soul needs tending to as well. I am a passionate believer in mindfulness and the ability of our thoughts to directly and profoundly impact our lives. While the external reality that exists outside of ourselves can only be affected by us to a limited extent, our thoughts have power. Our personality forms our personal reality. In the words of William Shakespeare, “Nothing is either good or bad but thinking makes it so.” Now, I don’t believe that this is always true and, surely, sometimes things are just plain bad. However, at every occasion, between the thing itself and us, there is always an opportunity for us to choose our interpretation, reaction or response. Marcus Aurelius also put it well by saying, “It is not the thing that harms you but the offence you choose to take of the thing that harms you.”

Mindfulness is the practice of consciously being aware of your thoughts and taking a more active role in controlling them. Although meditation is great, too, and is also something I love and recommend, mindfulness is more simply remembering that we are not our thoughts. We are the one hearing our thoughts. When we hear them, we have the choice to listen to them or ignore them. We can remember that emotions are like visitors who come and go. By choosing to prioritise our emotional wellbeing, we can invite more and more positive thoughts and feelings. Have you ever noticed how, for example, when you’re thinking about buying a certain kind of car, all of a sudden, you tend to see that type of car everywhere on the road? It is the same with our thoughts. By seeking out the positive and by practicing active gratitude for all of the good things we have in our lives, no matter how small they may be, we are focusing our attention on that which we can be grateful for. Yes, through meditation, but also just in my day-to-day thoughts, I am always trying to practise gratitude and be thankful for all the good in my life and in the world. There is a lot to be grateful for and, the more I think and feel this way, the more things to be grateful for seem to appear. Give it a try!

"The teacher in the English language classroom should not be an example of the sage on the stage, as has been a historically common teacher-student dynamic, but should be a case of the guide on the side."